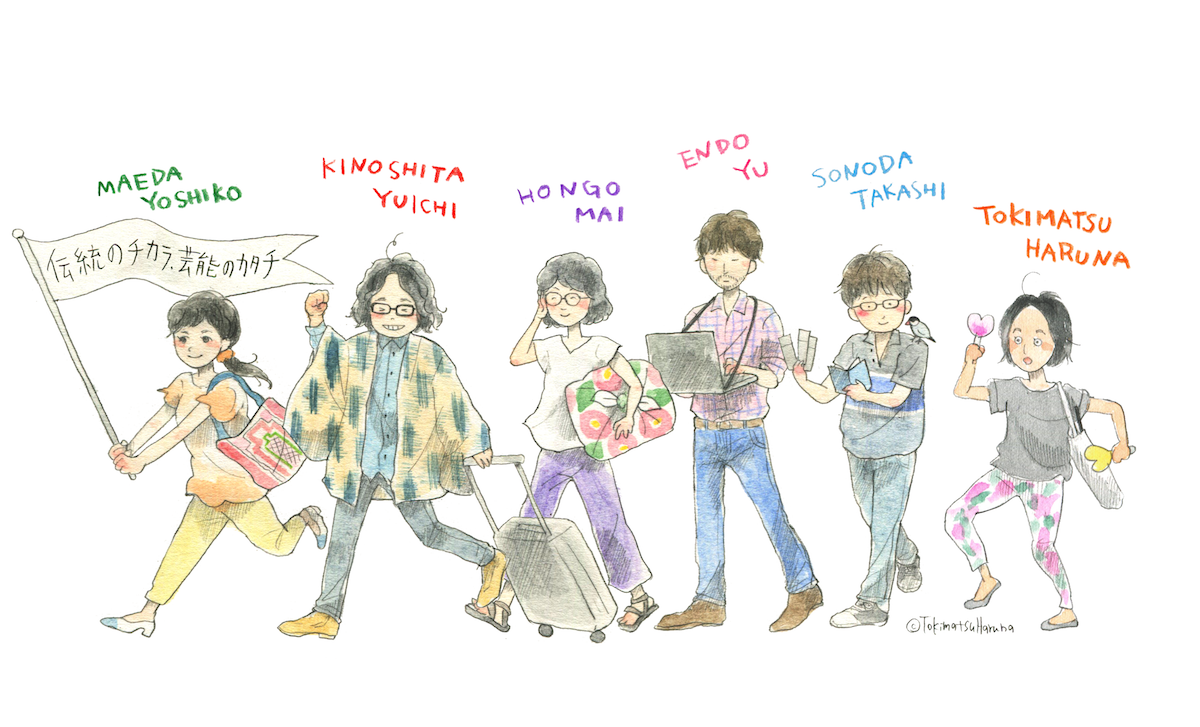 Leader of the Kinoshita Kabuki Company, Yuichi Kinoshita was born in Wakayama prefecture in 1985. When he was in the third grade, at the age of eight, he first heard rakugo performance and was heavily influenced by it. He began to study the form by itself, and later expanded his area of study to include other traditional art forms like noh, kyogen, Japanese traditional dance (kyomai), bunraku and kabuki. In 2006, he founded the Kinoshita Kabuki company where he directs performances from the classic repertory as well as conduct training. In April of 2014, he was named a Junior Fellow at the Saison Foundation. In 2015, the remount of the Kinoshita Kabuki’s Sannin Kichisa was nominated for the prestigious 2015 Yomiuri Theater Award for Best Performance.
In March of 2016, his work as and research on contemporary kabuki direction and the accomplishments of the Kinoshita Kabuki company are acknowledged and he was awarded a PhD degree from the Graduate School at Kyoto University of Art and Design. He is the winner of the National Arts Festival New Artist Award for Kanjincho, performed in 2016, and is the recipient of the 2017 Kyoto City Special Bounty Program for Art.Currently he continues to write about and teach various traditional art forms.
http://kinoshita-kabuki.org

Sonoda is a theater writer, editor and editor-in-chief of the theater magazine BITE. Since the beginning of the 2000s, he has participated in the administrative side of productions from small theaters to large commercial productions. In 2005 he joined the editing staff of the theater magazine Engeki Book (Theatre Book), and conducted countless interviews with playwrights, directors, actors and theatre staff, reporting on the cutting edge of the contemporary Japanese theatre scene. Since then, he has seen upwards of 150 to 200 theatre performances a year, from Tokyo to the far reaches of Japan. After serving as Deputy Editor of Engeki Book, he founded his own theatre magazine BITE in order to bring exposure to the smaller theater scene that is often neglected by mass media, and lay fertile ground for audiences to engage. He remains active in many areas, creating performance pamphlets, websites, copywriter, participating in theatre contests and other related activities.
http://www.land-navi.com/bite/

Born in Chiba prefecture in 1984, Takamatsu is a painter and illustrator. A graduate of Tama Art University, she had her first solo show and garnered much attention while still a student. She has received much attention for her airy portrayals of people in seemingly insignificant moments, capturing the cheerfulness of crowds using mechanical pencil, colored pencil and watercolors. She has had collections shown in the Tokyo Opera City Art Gallery, and pieces in the KIAF Korea Art Fair. Further, at GEISAI10, she was awarded the special jury prize (Samuel Kung Prize). Since then, she has had periodic solo shows centered around Galerie Tokyo Humanité in Ginza and Gallery Fukuzumi in Osaka. More recently she participated in group shows in Korea and Singapore, designed flyers for theater productions, and since 2014 she has broadened her areas of interest by creating designs and artwork for the pamphlets and merchandise of National Noh Theater productions, and exhibiting her noh and kyogen-themed illustrations.
http://harunatokimatsu.com

Born in 1979 in Kyoto, Hongo graduated from Kyoto University of Art and Design with a degree in Western painting. She is a theatre administrator who first began working in the theatre as a student. After graduating he worked for a variety of different theatre companies and productions. She was on production staff at Atelier Gekken and currently works for Cucumber where she leads production for companies like MONO and Kabenohana-Dan, among others. She began working with Kinoshita Kabuki Company in 2010 during the Kyoto-Yokohama Project Kanjincho. She has also been involved with dots, the Kyoto Experiment Fringe (2011 & 2012), and others.
http://kinoshita-kabuki.org

Endo studied Indian art and its derivational culture at Shinshu University. After graduation, he worked for a production company specializing in tours for foreign composers invited to Japan. In 2003, he went to Institute Seni Indonesia Surakarta under the Darmasiswa Indonesian Scholarship Program. From 2004 to 2011 he lived in Jogjakarta, enrolling in graduate school at Gadjah Mada University, and pursued his research in wayang kulit, the Javanese traditional performing art form. His area of investigation focused on the evolving mechanisms and role of traditional art forms in an urbanizing society. After returning to Japan, he taught at universities before coming to the Japan Foundation.

While a student at Tokyo University of Foreign Studies, Maeda studied abroad at Gadjah Mada University in Indonesia – despite the fact that she was a French major. She explored the historical turning points for the traditional dance form of Bali, Indonesia when it was first presented abroad in France, and continued her research on how the art form has evolved in Bali and has influenced the world beyond Bali. She completed her master’s program at the University of Tokyo’s Graduate School of Arts and Sciences in Interdisciplinary Cultural Studies. She has worked at the Japan Foundation since 2007.