Reports on notable things from daily life in Indonesia. We mainly stayed in Jogjakarta. It was a cultural city with a mixture of the traditional and the modern, kind of like Kyoto. I was really surprised by the sense of generosity in the country, possible perhaps only in a tropical environment.

2.
The streets are packed with motorcycles!
People ride them with ease as if they were bicycles.
Bikes are daily essential items. Even kids who looked like they were in elementary school were driving them.

3.
Two female students on their way to school
Their jilbabs were fluttering as they sped by.

4.
One bike can fit even four people.
Their feet were dangling and it made me anxious.

5.
We saw a lot of Japanese Honda bikes.
Easily 1~4.5 people riding on a bike.
Everyone drove pretty fast too.

6.
In front of peoples’ homes
There were a lot of birdcages.
A nice breeze
There seemed to be a lot of people hanging out in a daze by their front doors. 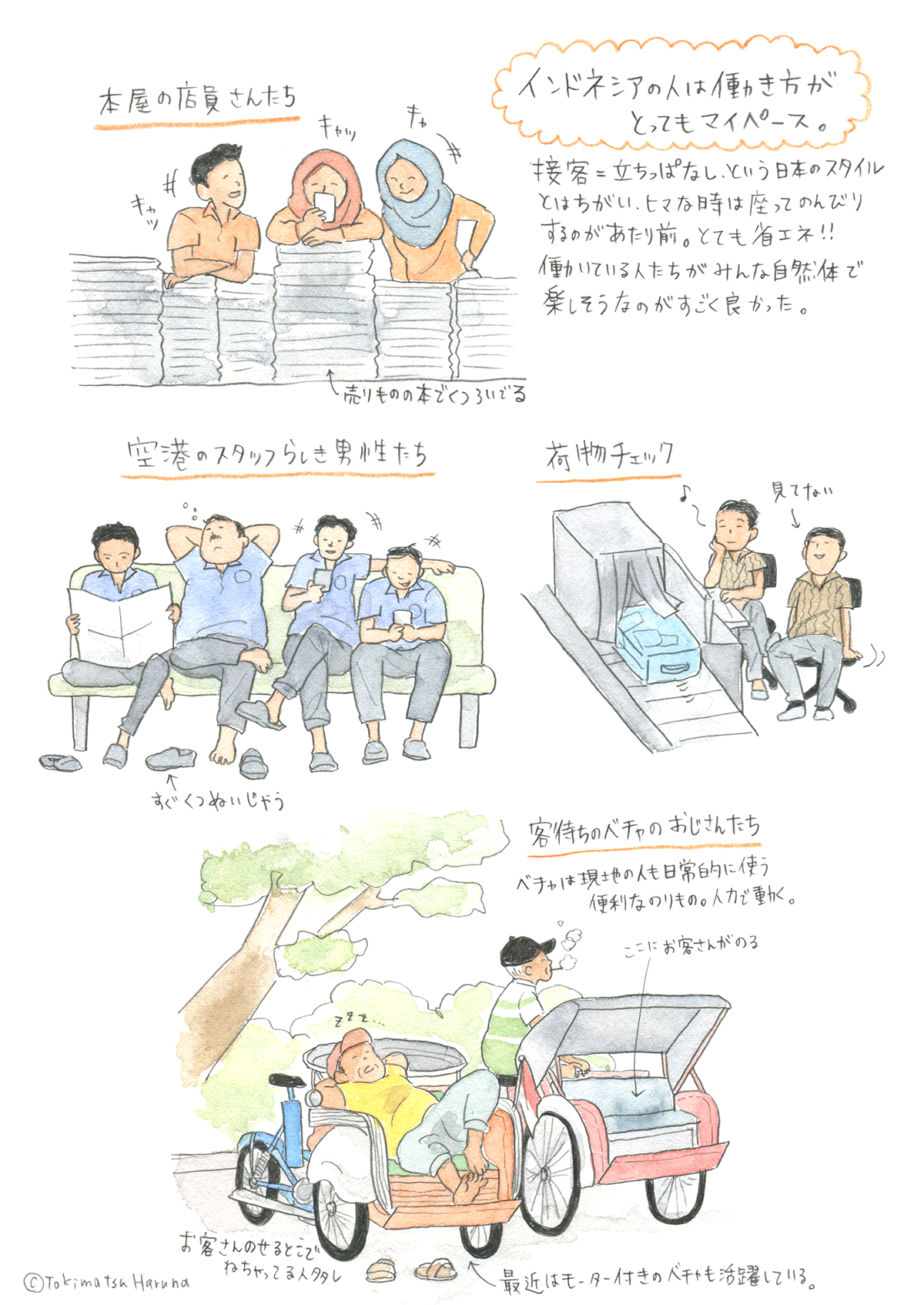 2.
Indonesians work at their pace.
Unlike in Japan where service industry people are expected to stand all day, here, it’s normal for people to sit down and take it easy when work is slow. It’s very energy efficient!! Everyone working seemed very natural and like they were having fun, it was great.

3.
Men who were apparently airport staff
They took their shoes off right away.

5.
Becak (cycle rickshaw) guys waiting for customers
Becak are very convenient rides used daily by locals. They are pulled by people.
Customer sits here.
A lot of becak drivers were sleeping in the carriage.
These days there are some motorized becak. 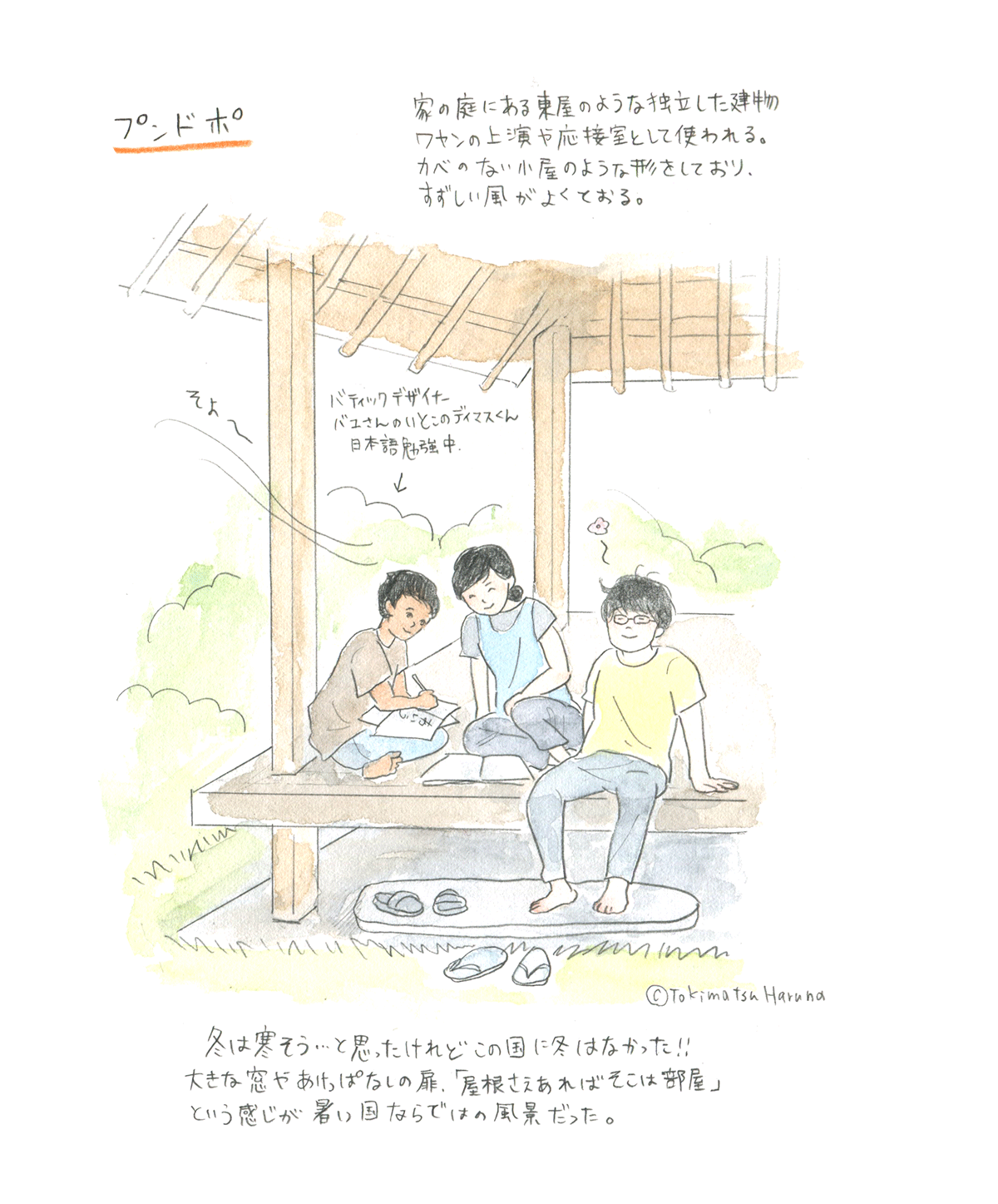 1.
Pendopo
An independent structure in the yard, like a gazebo. It is used for wayang performances or as a living room. It is shaped like a cottage without walls, welcoming the cool breeze often.

2.
Dimas, the cousin of batik designer Bayu. He is currently studying Japanese.

3.
I thought this would be cold in the winter… but there is no winter in this country!! From the huge windows to doors left wide open, and the sense that “as long as there’s a roof, that’s a room,” everything was unique to a country in the hot tropics.